A total of 81 examples were built between 1971 and 1984. Twelve of these were produced in kit form, and sold in 1979 to a customer in the USA. Ten were subsequently returned to Britten Norman and sold to an Australian concern. Two kits were sold to the Exxtor Group in 1995 for assembly by Anglo Normandy Aero Engineering in Guernsey, with the first of these making it's maiden flight on 29 March 1996, before entering service with Aurigny Air Services.[2] 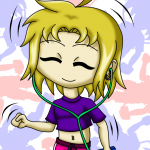