The Dassault Mirage IV was a tactical medium-range, supersonic bomber of the French Air Force, it was primarly designed to carry nuclear weapons.

The Mirage IV was first flown by Dassault test pilot Roland Glavanny on 17th June 1959, it was equipped with fly-by-wire controls. On the 33rd test flight the Mirage IV reached Mach 2 for the first time. The prototype crashed on 13th February 1963. The Mirage IVA entere service in 1964, the French Air Force ordered 50 units and later 12 additional, the aircraft were built in Bordaux-Merignac.

The first time the Mirage IV used a nuclear weapon was on a test mission ( Operation Tamoure ) on 19th July 1966 in the South-pacific.

In May 1986, 18 ( after an accident another one ) modified Mirage IV entered service, because the Mirage 2000N, which was primarly designed to carry the ASMP cruise missile, would enter service to late. The new Mirage IV P aircraft where modified to fly at low altitudes and they were equipped with more advanced avionics and Electronic Warfare systems.

The Mirage IV remained in active service until 4th July 1996, the time the fleet was replaced by the Mirage 2000N. 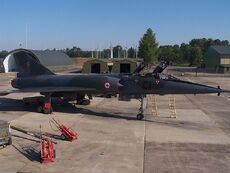 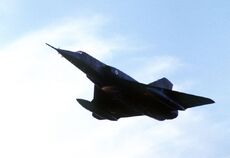 A Mirage IV in flight 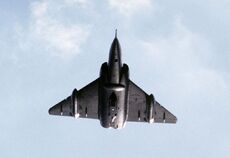 A Mirage IV of the Escadron de Bombardement 1/91 Gascogne 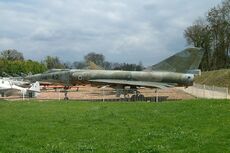 A Mirage IV in a museum
Add a photo to this gallery
Retrieved from "https://aircraft.fandom.com/wiki/Dassault_Mirage_IV?oldid=12535"
Community content is available under CC-BY-SA unless otherwise noted.