The Elmendorf AFB is a Military Air Base of the United States Air Force in Anchorage, the largest city in Alaska and its part of the Pacific Air Forces (PACAF).

Fighter aircraft like the F-22 Raptor and F-15 Eagle are based at Elmendorf AFB, but also Transport aircraft like C-12 and C-17 and E-3 AWACS aircraft. About 6500 soldiers and 1000 civilian employees (as of 2006) are stationed on Elmendorf AFB.

On 8th June 1940 the US Army Air Corps started to build an airfield for Fort Richardson. It was named after Hugh Merle Elmendorf. On 12th December 1940 the airbase was officially named Elemdorf Field and on 21st June 1942 it was renamed to Elmendorf Army Air Base.

Just before the end of World War II, the US Air Force based multiple units in Elmendorf, to prepare for Japanese attacks. On 26th March 1948 it was renamed to Elmendorf Air Force Base, its current name.

During the Cold War the base got more and more important for North American Defense against the Soviet Union. The Eleventh Air Force was now redesigned to the Alaskan Air Command, which was established on 1st January 1947, it existed till the year 1975. The Airbase is since the 1950´s one of the most important waypoints for flights into the east, first for the Korea War and the Vietnam War and in the 1980´s for AWACS reconnaissance flights. In February 2007, the F-22 Raptor was introduced to Elmendorf AFB, which replaced the F-15 Eagle in its air-superiority role. In June 2007 the first C-17 landed on the airbase, to replace the C-130.

F-22´s from the 3rd Wing at Elmendorf Richardson 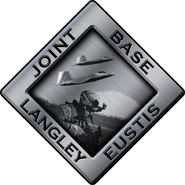 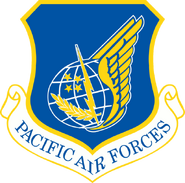