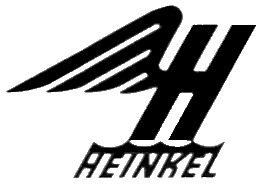 Heinkel Flugzeugwerke is a now-defunct German aircraft manufacturer known mainly for the production of bombers (in addition to other types of military aircraft) for the Luftwaffe during World War II. They also made important advances in high-speed flight.

After World War II, they were initially restricted from manufacturing aircraft and instead manufactured scooters and bicycles. However, in the 1950s they were permitted to continue building aircraft for West Germany including the F-104 Starfighter.

After being absorbed into several other companies over the decades, the remainder of Heinkel eventually became part of EADS.

Retrieved from "https://aircraft.fandom.com/wiki/Heinkel_Flugzeugwerke?oldid=15150"
Community content is available under CC-BY-SA unless otherwise noted.