The Hughes H-4 Hercules (also known as the HK-1 or "Spruce Goose"; Aircraft registration NX37602) is a prototype heavy transport aircraft designed and built by the Hughes company.

The aircraft made its only flight on November 2, 1947 and the project never advanced beyond the single example produced. Built from wood because of World War II restrictions on the use of aluminium, its critics nicknamed it the "Spruce Goose" despite it being made almost entirely of Birch rather than Spruce. The

Hercules is the largest Flying Boat ever built and has the largest wingspan of any aircraft in history.[2] It survives in good condition at the Evergreen Aviaton Museum in McMinnville, Oregon, USA.

Designed as a freighter, the aircraft could carry 700 passengers.[1] 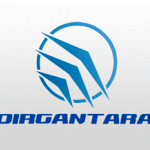