The Kawasaki Ki-100 was a fighter aircraft of the Japanese Imperial Army Air Force, that was used in World

Alongside with the Ki-84 Hayate the Ki-100 was one of the best Fighter aircraft in World War II. It was developed from the Kawasaki Ki-61-II-KAI and was powered by a Mitsubishi-Ha112-II-radial engine with a power of 1120 kW. The first flight was on 1st February 1945 and it entered service in March of the same year. The last derivative, the Ki-100-Ib, was used in the last few weeks of the War.

In the middle of the year 1944, the Kawasaki Ki-61 was developed, it was powered by a reconstructed Daimler-Benz DB-601 engine, the problem was that it became inferior to the American fighters, because of a too weak engine and the engineers had trouble with upgrading it. So that this engine was replaced by the Kawasaki-Ha-140-engine with a power of 1120 kW, this aircraft was now called Ki-61-II. Because of this conversion the Ki-61-II was now able to reach a top speed of 610 km/h. But production of the engine was interrupted by the allied bombing raids. The 280 remaining Ki-61 fuselages were now equipped with the Mitsubishi Ha-112-H-radial engine, also having a power of 1120 kW and were called Ki-100. 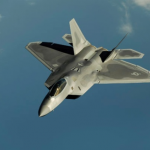