The HAL Tejas (Sanskrit: तेजस् "Radiant",is a lightweight multirole jet fighter developed by Hindustan Aeronautics Limited (HAL). It is a tailless, compound delta wing design powered by a single engine. It came from the Light Combat Aircraft (LCA) programme, which was begun in the 1980s to replace India's ageing MiG-21 fighters. Later the LCA was officially named "Tejas" by then Prime Minister Atal Bihari Vajpayee.

The IAF is reported to have a requirement for 200 single-seat and 20 two-seat conversion trainers, while the Indian Navy may order up to 40 single-seaters to replace its Sea Harrier FRS.51 and Harrier T.60. During its sea level flight trials off Goa, Tejas notched a speed of over 1,350 km per hour, thus becoming the second supersonic fighter manufactured indigenously by Hindustan Aeronautics Limited after the HAL Marut. The Tejas was cleared in January 2011 for use by Indian Air Force pilots.

Initially, it was decided to equip the prototype aircraft with the General Electric F404-GE-F2J3 afterburning turbofan engine. Simultaneously, in 1986, a parallel programme to develop an indigenous powerplant was also launched. Led by the Gas Turbine Research Establishment, the GTRE GTX-35VS, named "Kaveri", was expected to replace the F404 on all production aircraft. However, progress in the Kaveri development programme was slowed by technical difficulties.

Development snags with the Kaveri resulted in the 2003 decision to procure the uprated F404-GE-IN20 engine for the eight pre-production LSP aircraft and two naval prototypes.General Electric was awarded a US$105 million contract in 2004 for development engineering and production of 17 -IN20 engines, delivery of which began in 2006.The F404-GE-IN20 was trial-installed on the Tejas and the engine generated more than 19,000 pounds (85 kN) uninstalled thrust and completed 330 hours of Accelerated Mission testing, equivalent of 1,000 hours of flight operation. In 2007, an additional 24 F404-IN20 afterburning engines were ordereed to power the first operational squadron of Tejas fighters.

In mid-2004, the Kaveri failed its high-altitude tests in Russia, ending the last hopes of introducing it with the first production Tejas aircraft. In February 2006, the ADA awarded a contract to the French aircraft engine company Snecma for technical assistance in working out the Kaveri's problems. The Kaveri engine based on

Snecma’s new core, an uprated derivative of the M88-2 engine that powers the French Rafale fighter, providing 83-85 kilonewtons (kN) of maximum thrust was being considered a third option by DRDO which led the IAF to object that since Snecma had already developed the core of the engine it is offering the DRDO will not participate in any “joint development” but merely provide Snecma with an indigenous stamp.

In 2008, it was announced that the Kaveri would not be ready in time for the Tejas, and that an in-production powerplant would have to be selected in the 95 to 100 kilonewton (kN) (21,000–23,000 lbf) range to allow the aircraft to perform combat maneuvers with optimal weapons load. The contenders were the Eurojet EJ200 and the General Electric F414 IAF sources said that the airframe will have to be redesigned to accommodate the heavier engine, which is to take up to three-four years.

After evaluation and acceptance of the technical offer provided by both Eurojet and GE Aviation, the commercial quotes were compared in detail and GE Aviation was declared as the lowest bidder. The deal will cover purchase of 99 GE F414 engines. The initial batch will be supplied by GE and the remainder will be manufactured in India under a transfer of technology arrangement. 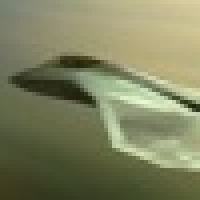