The McDonnell Douglas MD-90 was a twin-engine, medium-range, single-aisle commercial jet aircraft. The MD-90 was developed from the MD-80 series. The main differences being the change to more fuel efficient International Aero Engines V2500 engines and longer fuselage. The MD-90 has a seating capacity up to 172 passengers and was introduced into service with Delta Air Lines in 1995.

The Douglas Aircraft Company developed the DC-9 in the 1960s as a short-range companion to their larger DC-8.[1] The DC-9 was an all-new design, using two rear fuselage-mounted turbofan engines, and a T-tail. The DC-9 has a narrow-body fuselage design with a 5-abreast seating, and holds 80 to 135 passengers depending on seating arrangement and aircraft version.

The MD-90 was a mid-size, medium-range airliner that was developed from the MD-80 series. It is a 5 feet longer, updated version of the MD-88 with a similar electronic flight instrument system (EFIS), and even more powerful, quieter and fuel efficient IAE V2500 engines. The MD-90 features seating for 153 to 172 passengers depending on seating arrangement.

No MD-90 orders were taken after Boeing and McDonnell Douglas merged in 1997 due to internal competition with Boeing's 737.[7] Delta Air Lines had initially placed a large order for the MD-90 to replace some aging Boeing 727s. After the Boeing-McDonnell Douglas merger, Delta canceled their remaining 19 MD-90 orders in favor of the Boeing 737-800.[8][7] A total of 20 MD-90s were to be assembled under contract in China under the Trunkliner program,[9][10] but Boeing's decision to phase out the MD-90 meant only two were built by Shanghai Aircraft.[11]

MD-90 production ended in 2000 with the last airplane being delivered to Saudi Arabian Airlines.[7] The MD-90 is the least successful member of the DC-9 family with 116 airplanes sold.[12] The main competitors of the MD-90 included the Airbus A320 and the Boeing 737-800. 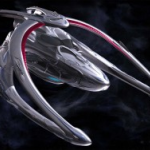