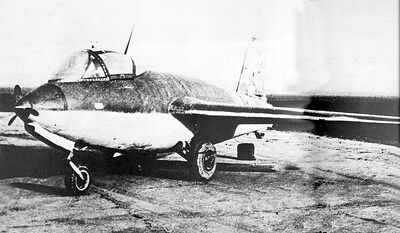 The Messerschmitt Me 263 was a rocket powered German fighter aircraft from World War II. The aircraft was based on the Me 163, but it did not manage to complete a powered first flight, due to the problematic situation in Germany at the end of the War, only one unpowered flight was made in August 1944. It was firstly developed by Messerschmitt, but then, after some complications, testing was continued by Junkers. All in all, four prototypes were made, one was destroyed by the Americans, what happened to the remaining three is unknown.