Start a Wiki
The Boeing B-1 Lancer is a long range, supersonic, strategical, variable sweep-wing bomber, that is in use with the United States Air Force since 1968.

Development of the B-1 started in the 1960s, as a response to the Advanced Manned Stratigic Aircraft (AMSA) requirement. This became known as the B-1 in April 1969, with Requests for Proposals being issued in November 1969. Robert C. Seamans jr, Secretary of the USAF, announced on 5 June 1970 that the B-1 would be built by North American Rockwell, with the engine, designated F101-100, being built by General Electric.[1]

The B-1A never entered service, and the project was terminated in 1977. But in 1981 the project was restarted and the B-1A was modified into the B-1B. The B-1 has flown missions over Iraq, Afghanistan and Yugoslavia. One of the B-1´s best traits is the ability to fly bombing raids at a very low altitude at speeds of 960 km/h. Because of Radar Absorbing Material the Radar Cross Section of the B-1 is only 1% of the RCS of similar planes like the B-52 Stratofortress. 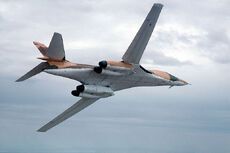 Underside of a B-1A 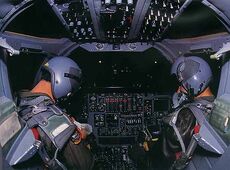 Cockpit of the B-1 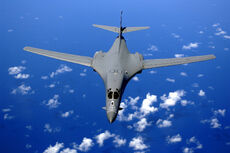 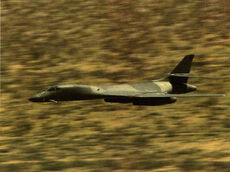 A B-1 flying at low altitude 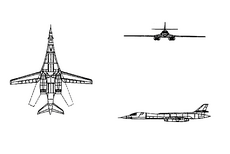 A B-1 dropping bombs and using MJU 23 flares 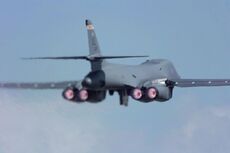 A B-1B taking-off with full afterburner 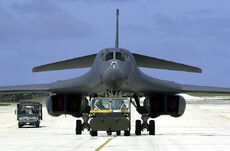 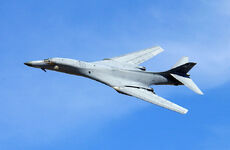 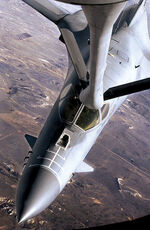 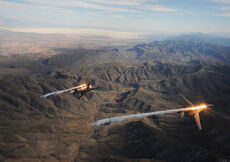 Retrieved from "https://aircraft.fandom.com/wiki/Rockwell_B-1_Lancer?oldid=12182"
Community content is available under CC-BY-SA unless otherwise noted.