The Wright Flyer, also known as Flyer 1 and the 1903 Flyer, was the first successful powered aircraft. The Wright Brothers were the ones who built it, and it flew on December 19, 1903.

The history of the Wright Flyer originates back to their kite and glider designs. In 1899, a kite was made for testing. In 1900, a glider was made. It could hold a single passenger. In 1901, a second glider was made, and in 1902, a third.

Deciding that there were no suitable engines from automobiles, the Wright Brothers had Charlie Taylor build one. The resulting engine had many similarities to bicycle technology. 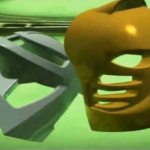